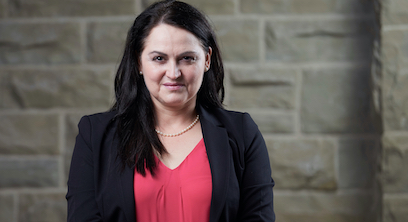 For two days in the last week of September 2020, the Supreme Court of Canada was seized with hearings into three related cases in a matter whose outcome is likely to chart an important future course for Canadian jurisprudence, both concerning the global climate crisis and the appropriate calibration of the constitutional division of powers. By any account, it has the potential of culminating into one of most significant Supreme Court rulings to date.

It is a nuanced, complicated matter, not least due to the fact that there is no constitutional head of power for the environment as such. In other words, it is less than clear whether a carbon tax regime can be imposed federally as the Greenhouse Gas Pollution Pricing Act (‘the Act’) seeks to do, or if this would constitute an undue infringement on the provinces’ jurisdiction over non-renewable natural resource development pursuant to section 92A of the Constitution and their capacity to levy taxes in respect thereof.

In fact, so complex is the matter that all three of the appellate court decisions were split, bringing the present tally of judges to 8 in favour of the Act’s constitutionality and 7 against. The majority in the Courts of Appeal of Ontario[1] and Saskatchewan[2] –along with the minority in the Alberta Court of Appeal[3]– held the Act to be constitutional; the Albertan majority and the minorities in the other two Courts ruled to the contrary.

Although many nuances can and should be made, the arguments broadly fall in two camps. To this observer fundamentally different life views and value systems are at play. There is a tension between an awareness of the magnitude of the climate crisis and the urgent need for action on a global scale, on the one hand, and foundational fears about the erosion of the very structure of the democracy, on the other.

This would explain why the majority opinion in the Ontario Appeal Court finds due cause for applying Parliament’s power for peace, order and good government (POGG) on national concern grounds, against the same factual background that has the majority in the Appeal Court of Alberta proclaiming the Act to be a “constitutional Trojan horse”.[4]

The nub lies in how the pith and substance of the Act is defined. The Alberta majority held this to be “to regulate greenhouse gasses”, ruling it to be in conflict with the province’s jurisdiction to regulate its own natural resources. In the view of the Saskatchewan majority, the Act was valid as being in pith and substance about “establishing minimum national standards of price stringency for GHG emissions”, which brought it to bear under the national concern doctrine of Parliament’s POGG power.[5] The Ontario majority defined the pith and substance as being “minimum national standards to reduce GHG emissions” and held that while the environment was by and large an area of shared constitutional responsibility, it was a valid exercise of Parliament’s power to legislate in the national concern.[6]

A further point of contention is whether the Act creates a regulatory charge or a tax. The Ontario majority ruled that it constituted a regulated charge; not a tax.[7] The Saskatchewan majority agreed that it creates a regulatory charge but said that if even it were to be considered as a tax, it would not fall foul of s 53 of the Constitution.[8] According to the minority, it creates a delegated tax in violation of s 53’s requirement that taxes be passed by Parliament. Because the majority in the Alberta reference held the Act to be unconstitutional, this question did not arise for them. The minority held the Act to establish a regulatory levy and not a tax.[9]

It is striking that the Ontario and Saskatchewan courts emphasize the environment as head of power in its analysis, while Alberta’s focus is on natural resources.[10] It should be noted that the Alberta majority by no means sought to deny or minimize the climatic emergency: it was of the opinion that the matter was neither “a referendum on the phenomenon of climate change [… nor … ] about the undisputed need for governments around the world to move quickly to reduce GHG emissions, including through changes in societal behaviour.”[11] It simply did not consider this to lie at the heart of the matter to be decided by the Court.

All of which provides the ingredients for a judicial saga of epic proportions. Watch this space.

[10] Wakeling JA performed his analysis on the basis of the environment as head of power, but concurred in the result, holding that by setting a national standard in a previously jointly shared area of jurisdiction, the Act would create a new head of power that was irreconcilable in its broadness with the principles of federalism.